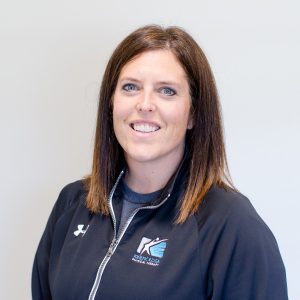 Kelly Carlson loves working for Kinetic Edge because she loves being part of a team with a common goal of helping others. In addition to athletic training event coverage, Kelly administers drug and alcohol screens, does pre-work screens, and assists with administrative tasks.

Kelly graduated from Central College where she earned her degree in general studies with an emphasis in Athletic Training. Kelly previously worked as a physician extender for a spinal surgeon and spent 10 years working in outpatient orthopedics.