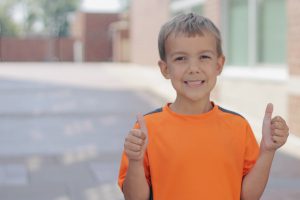 No parent wants to hear their child’s name in the same sentence as brain tumor, especially when that brain tumor turns out to be cancerous. But on September 24, 2012, that’s exactly what happened to Todd and Barb Gosselink and their four year old son, Jacob.

“Jacob’s head had started to hurt in late August,” stated Barb Gosselink. “By September, we knew something wasn’t right.”

Todd and Barb brought Jacob to the doctor where a scan revealed a brain tumor behind his cerebellum.  Three days later, they were at Mayo Clinic in the operating room where doctors pulled out Jacob’s cerebellum to remove the tumor. 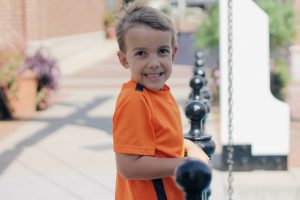 Fortunate for the Gosselinks, a positive prognosis existed for Jacob. His tumor was the most common of tumors; with surgery, chemo, and radiation, the doctors felt optimistic about his future.

Over the course of the next year and a half, the Gosselinks did everything they could to help Jacob get better. They spent seven weeks in Houston experimenting with a newer approach to cancer treatment called proton therapy, in addition to many months of chemotherapy at Blank Children’s Hospital.

On December 12, 2013, six year old Jacob was declared cancer free. With this news came much rejoicing, but the battle hasn’t ended for the Gosselinks. 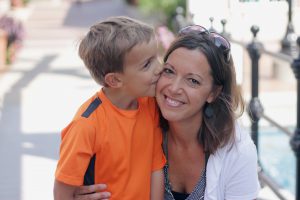 “It sounds silly, but you just don’t realize all the things the brain controls,” commented Barb. “We still have to deal with so many of the long term effects of Jacob’s cancer and surgery.”

“Jacob experienced sensorimotor delays as a result of his cancer and not being as active as a normal kid his age would have been during that time in his life,” said Occupational Therapist Elise Spronk.

Elise Spronk and the occupational therapy team at Kinetic Edge use fun activities like obstacle courses, puzzles, and games to work on the areas Jacob struggles with. Over the past four months, Jacob’s seen drastic improvement in his visual motor skills and balance as a result of occupational therapy. 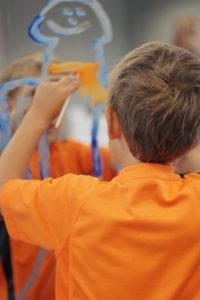 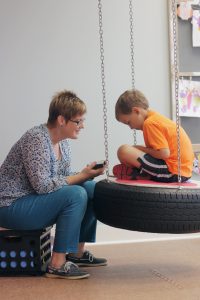 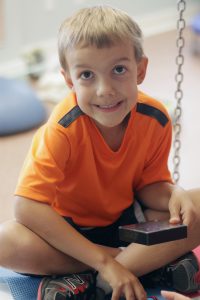 At Kinetic Edge Physical Therapy, Occupational Therapist Elise Spronk works on Jacob’s sensorimotor delays with activities like painting himself on a mirror while standing on a Bosu to work on balance and working on a puzzle game while balancing on a tire swing.

“When I think about Jacob, I think of a kid who’s extremely caring and conscientious,” stated Spronk. “While cancer weakened him in some regards, I think it’s made him more aware of how things affect others and their feelings. It’s quite something for a six year old.” 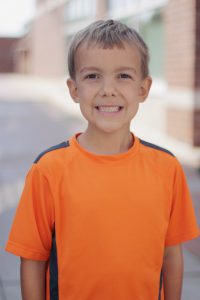 The occupational therapy team at Kinetic Edge specializes in treating patients with hand, wrist, or elbow problems, in addition to pediatric therapy. Occupational therapists are available at their Pella and Oskaloosa clinics. Occupational therapy can benefit a wide variety of children. Some examples include kids struggling with learning, picky eaters, children having difficulty calming down or staying focused, kids with balance and coordination difficulties, and those with delayed fine motor skills.