As a mom, sitting in the bleachers is more nerve-wracking than sitting in the dentist’s chair as they’re about to fill a cavity. On one hand, you want your kids to have the freedom to play and enjoy sports, but with training starting younger and younger, you know that their risk of getting injured is becoming greater and greater. No mom wants to see her baby not moving on the middle of the field as a rushed silence falls over the crowd, but’s exactly what happened to middle school mom Melissa Hansen. 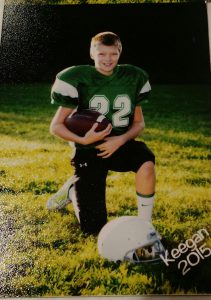 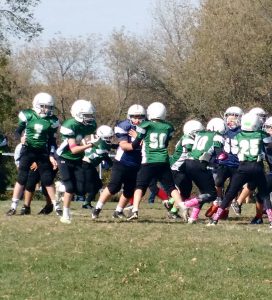 “When football season ended for my sixth grade son Keegan, I sighed with relief thinking we’d made it through another season without a concussion,” commented Hansen. “But then it happened during a soccer game. Keegan’s the goalie and went to cover up the ball and ended up being kicked in the jaw. He was down and not getting up. This is the last thing you want to see as a mom.”

After getting him off the field, Hansen thought her son was okay, just a little shaken up. But then he began to complain repeatedly that his head hurt.

“My gut said he had a concussion,” she stated. “As time went on, his symptoms worsened which started the great debate of waiting it out or rushing to the ER.”

Hansen and her husband decided to take their son to Blank Children’s Hospital. By the time they arrived, Keegan could barely keep his eyes open and could count to two but not to ten. When his head CT came back negative, the doctor diagnosed the sixth grader with a concussion.

“After the results came back negative, I questioned our decision to take him to the ER,” noted Hansen. “I came to work Monday and consulted with two of our athletic trainers who both confirmed that taking Keegan to the ER with his symptoms was the right decision.”

It took five days of resting for Keegan to become headache and symptom free, and he missed a week of school in the process. When his symptoms subsided, Hansen let him return to school and begin the return to play protocol.  It took almost two weeks from the day of his concussion for him to be able to fully able to participate in basketball practice.  During this time Hansen continued to consult athletic trainer Dustin Briggs to make sure Keegan was on the right track with his recovery. 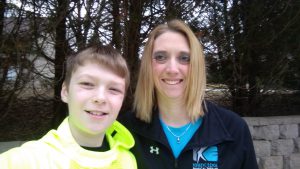 “A concussion is one of the injuries I prayed my boys would never experience, but it happened,” said Hansen. “The message I would give to moms of middle school athletes is to know the signs and symptoms of concussions and also connect with an athletic trainer or certified healthcare provider who’s trained in concussion management. Your child’s brain is so much more important than their desire to play in a certain game, so make sure you follow your healthcare provider’s instructions for returning to their activities and don’t be afraid to take things slow.”